In 1993, the department of mathematics and computer science established the John W. Sawyer Prize in Computer Science, which is awarded in his honor annually to a senior.

Dr. John Wesley “Jack” Sawyer received his bachelor’s degree (1938) and MA (1941) from Wake Forest, and his Ph.D from the University of Missouri in 1951. He returned to Wake Forest to join the Math department in 1956, the year Wake moved to Winston-Salem. His consulting work for Reynolds Tobacco beginning in the 1950‘s led to some of the earlier practical applications of operations research in business, which in turn led to his induction as a Fellow AAAS. He was instrumental in bringing computing and computer instruction into the Wake Forest curriculum. He was inducted into the Wake Forest Sports Hall of Fame for his service to Wake Forest Athletics and to intercollegiate athletics in general. He was Faculty Athletic Representative to the NCAA for Wake Forest for 28 years, and served as President of the Atlantic Coast Conference four times and as an NCAA vice-president after extensive work on multiple NCAA committees. Jack Sawyer died in his sleep on July 13, 2013. He was 95. 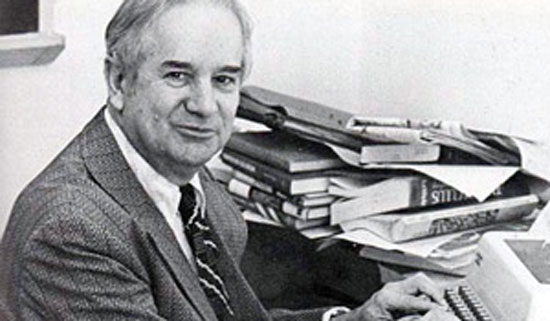